This was a week full of surgeries.  Many patients have received notification of NHIF approval for surgeries.  This is the governmental healthy insurance which costs 500 Ksh per month ($5.00). Even with this low monthly fee many are not able to afford.  We needed to triage patients with the more treatable diseases over those with advanced diseases because of the limited time. 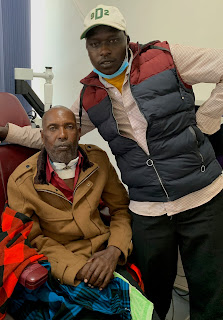 This patient is a victim of the medical system.  I saw him in Feb 2022 and he underwent a tracheostomy and biopsy for a laryngeal cancer.  Unfortunately the biopsy was negative.  We have found inaccurate results with pathology specimens quite frequently as they are sent to Nairobi for evaluation.  He was seen in Nairobi and several other hospitals near him since February.  He returned to Tenwek when they heard I was visiting again.  His exam now revealed advanced cancer involving the neck and larynx.  We reviewed our findings and his poor prognosis.  We talked of eternal life and the love of Christ.  He was broken and desired to give his life to Christ.  On Tuesday 10-25 he said the Sinner's prayer and gave his life to Christ. Although we could not offer him a physical healing he was a new creation in Christ.  He left with a smile on his face!  He will be seen in the oncology center and offered palliative radiation therapy. 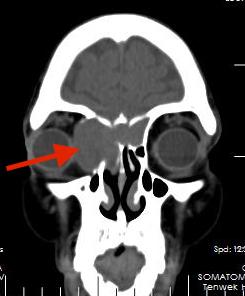 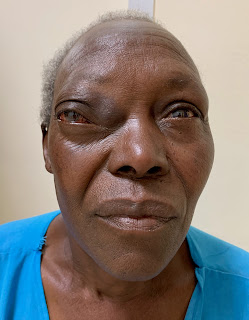 This patient had a large cyst in the sinuses that had grown over the years and slowly affected her vision.  She underwent endoscopic drainage for return of normal vision.  She was a grateful patient!  We give all the glory to God for restoring her. 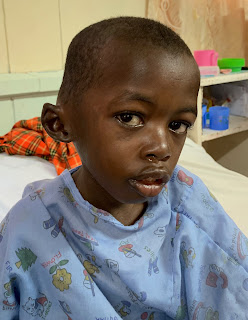 This precious boy has HIV and presented to the hospital very sick.  He has been in and out of surrounding hospitals over the last month for complications of an ear infection.  Although he would improve on IV antibiotics in the hospital, he would decline as soon as he was discharged.  His viral loads were high suggesting he has not been taking anti retrovirals for his HIV infection.  He had acute mastoiditis, an infection of the bone behind the ear.  He underwent urgent mastoidectomy on Friday.  Although the surgery was difficult, we were able to drain the infection and he was improved the day after surgery.  He is very weak and protein deficient.  He needs our continued prayers!
Friday night was a busy night.  As I was completely the mastoid surgery, 3 traumas came into the casualty area.  One depicted below was cared for by the visiting cardiothoracic team. 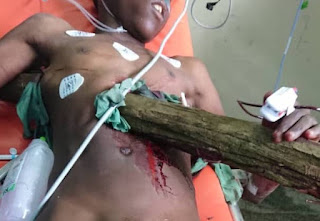 He fell out of a tree and landed on a fence post.  Amazingly, when the team opened his chest he only had a small liver lacerating and bruising of his right lung.  He will walk away from this, Thanks be to God!
At the same time there was a young man who sustained trauma to his larynx from a punga knife.  He underwent neck exploration, repair of the injury, and stabilization of his breathing passage.  Another man had a human bite amputating his right ear.
Thank you for the constant prayers.  I arrived home last night and am resting today.  I can't thank God enough for all He did.
Chase
Posted by isaiah at 6:54 AM